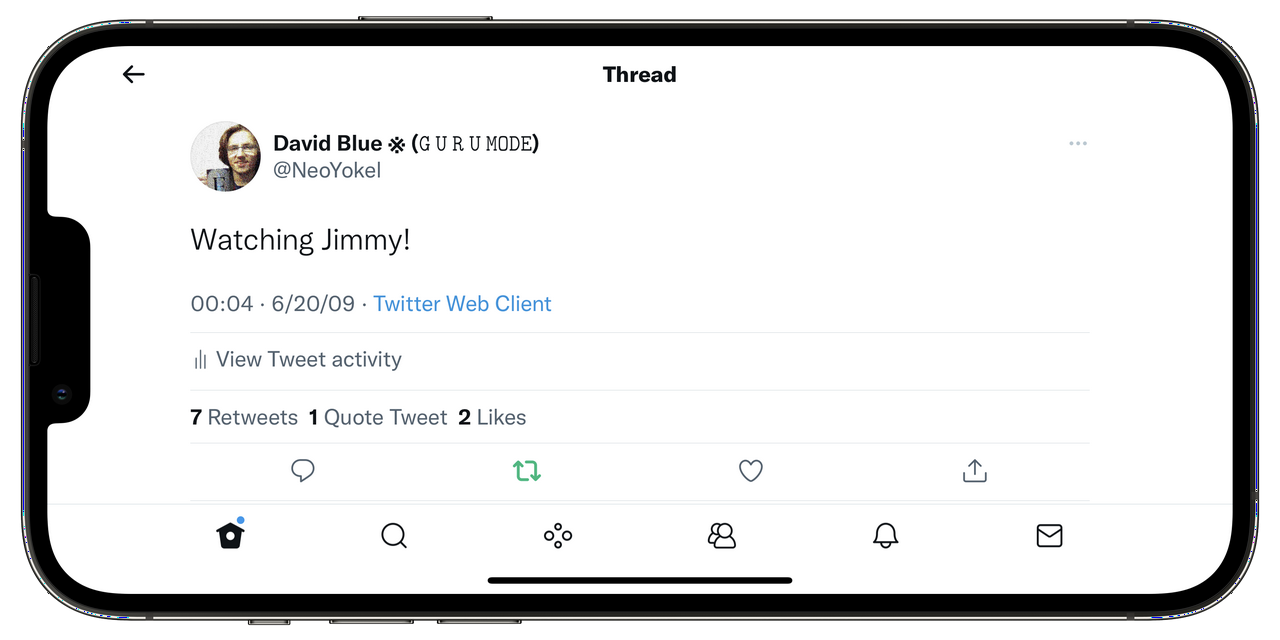 Four minutes after midnight on June 20th, 2009, I began my adult life on the Social Web with a lie. I've thought a lot about what 15-year-old me could have possibly been thinking when I first Tweeting “Watching Jimmy!” from Twitter in the browser on my 2008 MacBook[^1] Of course, I've asked myself which fucking Jimmy, but not for years. Long ago, I realized that I could not have been talking about none or neither – there was no television in my mother's house which could have been on at that hour.

If you cared to, you might surmise that this beginning indicates something profound about the nature of the Social Web, but you’d be wrong. In this particular case, at least, the fact that a dishonest pop culture reference was the first thing to come to my 15-year-old mind indicates only that I was deeply unsocialized – a young man who had only just a year prior shifted lifestyles entirely. After a childhood spent partially on a row-crop farm and indulging the activities and interests uniquely enabled by such a situation, I had cut that part of my life out entirely and moved in the suburban house full time of my mother and stepfather. As an idiot youth, I naturally had no capacity to understand the effect this decision would have on my person and my day-to-day life. Namely, it began my preoccupation with consumer technology. 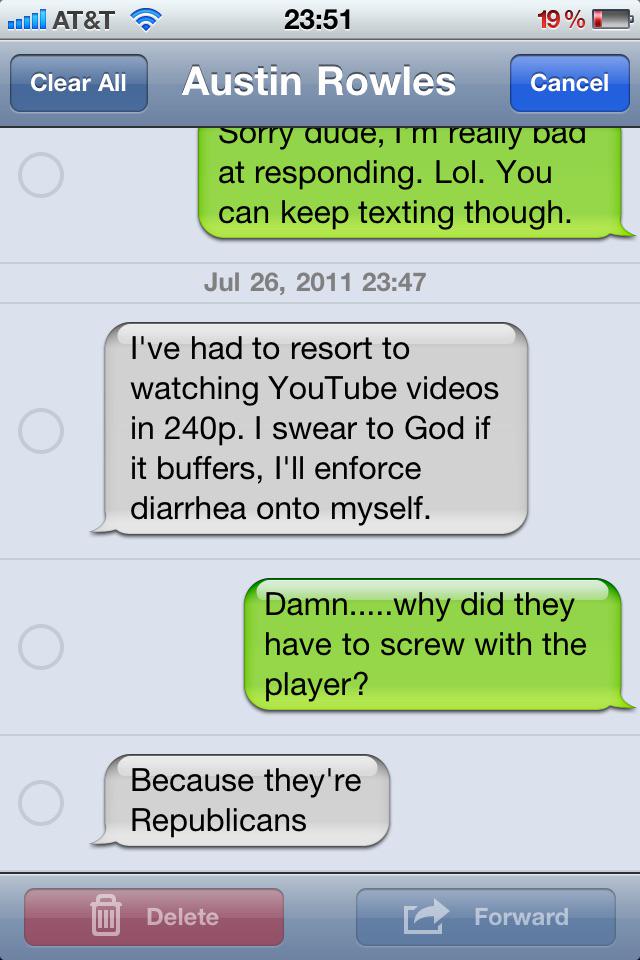 I had a single friend[^2], Austin, who was even remotely as interested as I became in tweaking MacOS/iOS and would have an inexpressible amount of influence on my computing life. Though he lived only 25 minutes away, we’d exclusively hang out over FaceTime(?) for hours, sharing OSX customizations and links to videos by Mark Watson (SoldierKnowsBest) and Jon Rettinger (John4Lakers.) It was an extremely exciting time in consumer technology, we thought. I felt it, in that way a lot of us find ourselves desperately reaching back for.

History will suggest, no doubt, that my being among the earliest iPhone adopters predisposed me to make that Twitter account, even though my first Tweets were made from a desktop. I’m not entirely sure how much capital-T Truth would be in that. 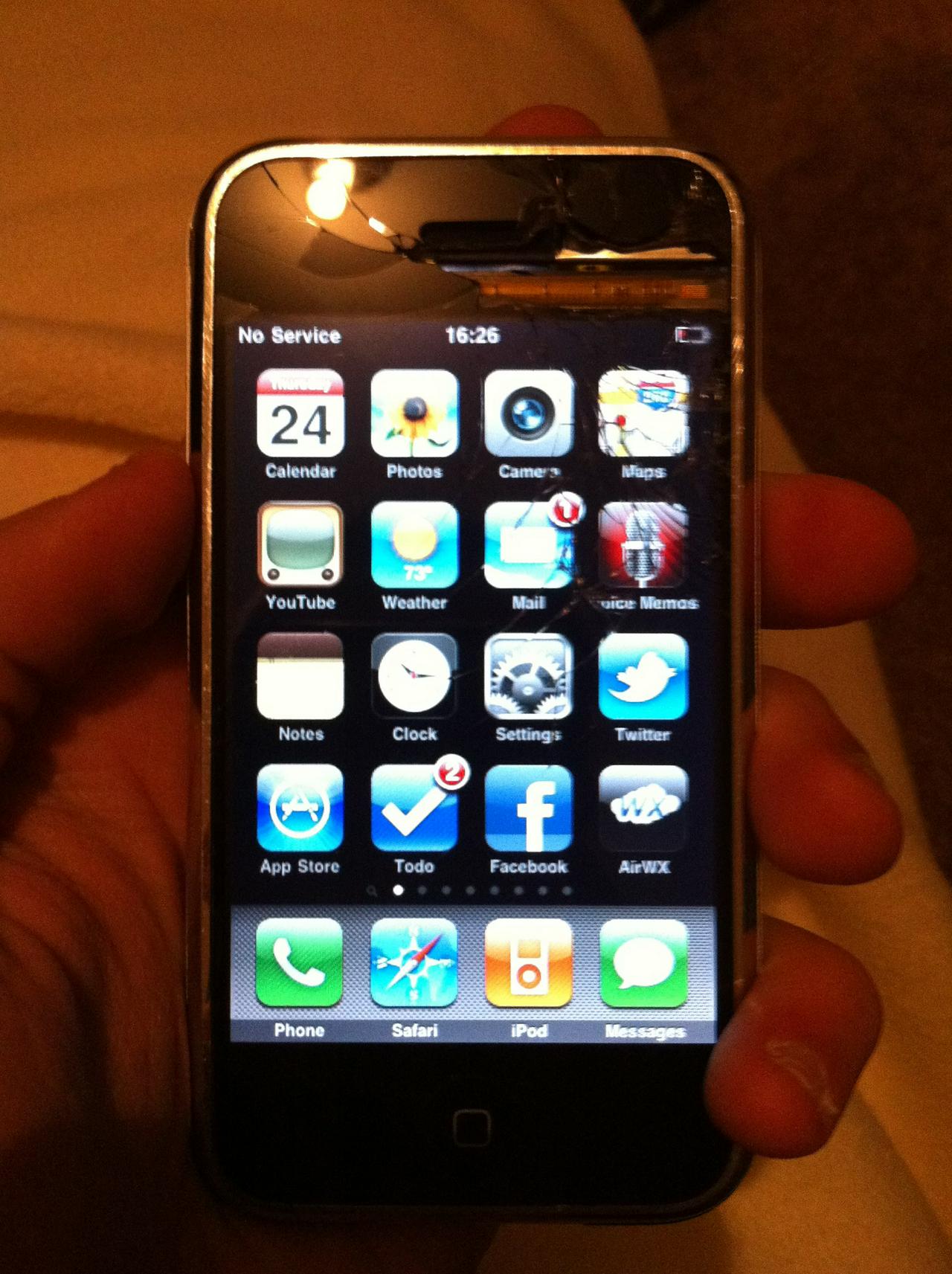 Perhaps something entirely unique to Twitter is its way of justifying itself in one’s professional life persistently across any modern professional aspirations. When I thought I might write about technology for a living (pre-2010,) I knew a Twitter presence mattered. When I thought I might about cars for a living (and eventually did, post-2011,) I knew and exemplified how much a Twitter presence mattered. It was through Twitter that I met the only person to ever publish me, that the then-Editor-in-Chief of Autoweek “discovered” me, and through DMs that he asked me to apply for a job.[^3] Even from the very beginning, this was true, somehow, though it was so in a less disaparagable sense, I’d say.

If you wanna rick roll me, just call me.

I was generally intolerable in 2010. This remained true until a new high school friend group cultured and socialized me around 2011-2012, which is when they introduced me to many of the original “weird Twitter”[^4] friend group of which I still count many as current friends.

My peak Vine phase, though none of it is recollectable easily. I began my 7-year-long career in convenience in the Spring of 2014 working for the busiest of two HyVee gas stations in town.

THE PUMPS ARE LEARNING

[1] My first and only Mac. In the greater context of Mac History, also a particularly interesting outlier, in my opinion. It was the only model year an aluminum-bodied Apple machine ever bore the name “MacBook” as opposed to “MacBook Pro” and the only said machine to have a removable battery, which – in my case – certainly encouraged some absurd behavior. [2] Single as in one friend. [3] Unfortunately, I declined to do so and you don’t want to know why, I promise. [4] I’m genuinely sorry for using this term. I debated adding four whole quotation marks on each side.